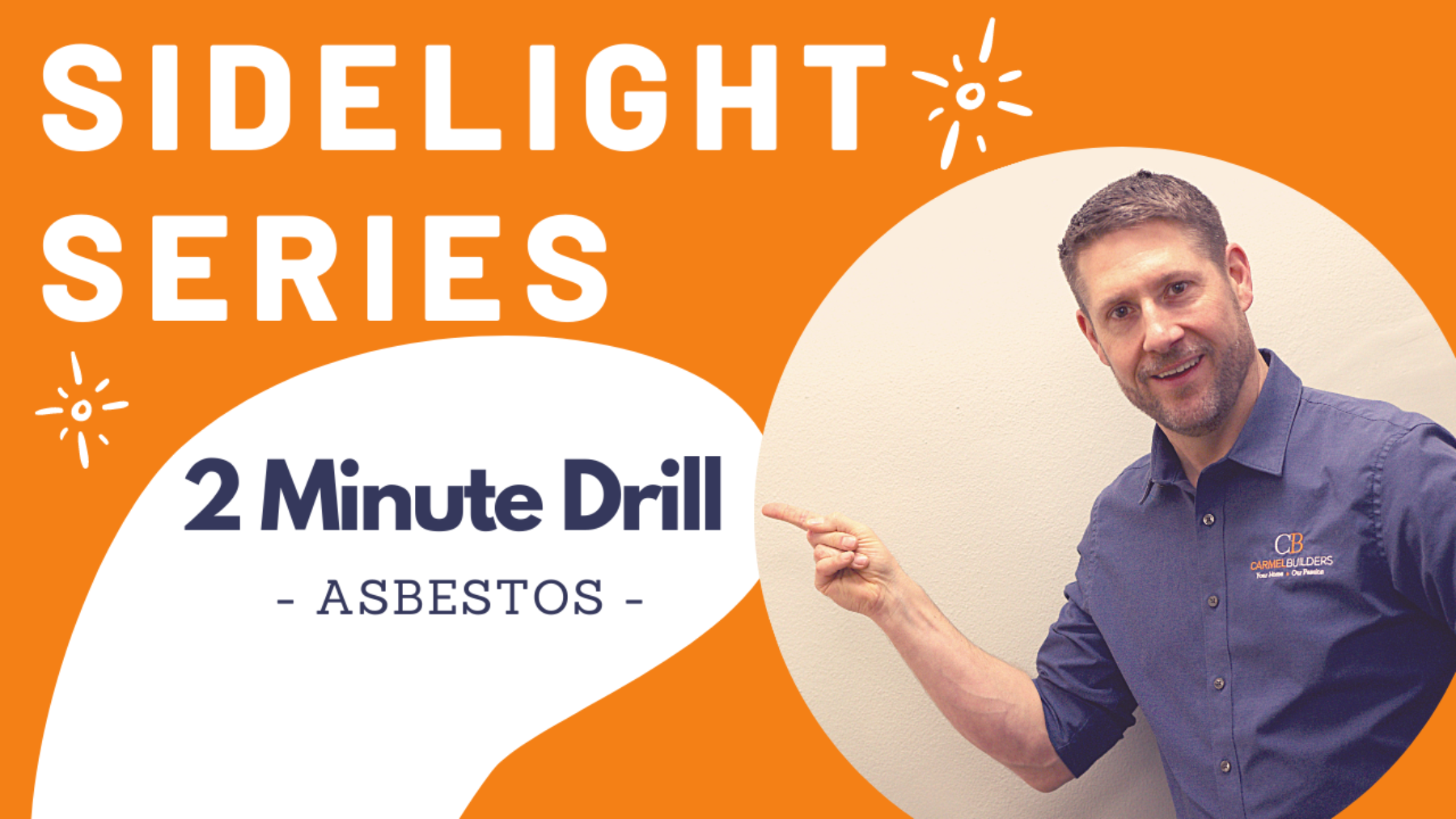 Instead of searching through forums to find a remodeling question similar to yours, get the exact answer you're looking for by asking Carmel Builders President & Owner Louis Weiher. The new Two Minute Drill series allows for individuals to submit their specific questions, and Louis will share all his knowledge to answer your question in two minutes or less.

Louis: So, we’re doing something new for our Sidelight Series. We’ve had a bunch of questions come in. Megan, our Sales & Marketing Coordinator, she’s the brains behind all of our cool Instagram posts that you may have seen, has reached out to people, and asked for questions. So instead of me kinda coming up with the questions, Megan’s going to hit me with maybe… I don’t know I think two questions for this first one… some things that people asked and hopefully I’m going to answer them in two minutes. So we’re going to call this our Two Minute Drill. And I’m excited to see how it goes! So, Megan, are you ready?

Louis: Alright so, hit me and you’ll keep the timer. Hopefully I can get this done in two minutes… let’s see.

Megan: Yeah, so our first question is about asbestos. “My husband and I just bought a house from the 1940’s and we think it has asbestos tile. What’s the best way to handle that?”

Louis: Asbestos… still out there. We see it a lot in older homes like 40’s, 50’s, even before. This particular question is about asbestos tile, so I’ll talk about that.

Generally, when we find it, you’re gonna see it. Like, for myself, like when I see tile with asbestos I kinda know what it is… a lot of realtors would know what it is. The first thing you would want to do is see if it does. So, the best thing to do is to cut or scrape up small pieces of it. I mean, I would tell you don’t be worried to cut a little piece off. That little piece of it isn’t gonna like… be crazy… So, you can take one piece off of there, maybe a few different areas of the house. There’s a handful of places here in Milwaukee, but like no matter where you are in the country, there’s going to be somebody you can take it into a lab to see if it’s positive. If it does have asbestos, and the two things you’re looking for are…

You know.. this is hard! Cause I’m trying to like get it done in the timeframe here!

Does the tile have asbestos but the other thing is does the mastic, the glue, that holds it in, does that have asbestos in it? Either way, if either one does you basically have three options with it. The first one is to ignore it and cover it up. You can encapsulate it so you can put a carpet pad over asbestos tile, there’s really nothing wrong with that. The second option would be to have it all torn up by a professional which is what I strongly, strongly, recommend. The third option is, at least in most municipalities, you as a homeowner can remove it yourself but I would encourage people to really think twice before they do that. So, you know, people get worried about asbestos. It’s kinda scary but I don’t, you know, it can definitely be done and taken care of and it’s generally… I mean we just dealt with one and it was a couple thousand dollars for a pretty good amount to get taken out. I would tell you, if the mastic, if the glue has asbestos in it, that’s a much bigger deal, you absolutely want to work with a professional on that cause it’s hard to get rid of. *phew* Am I done? Was that on time?

Megan: Yeah, it was only like two seconds over!